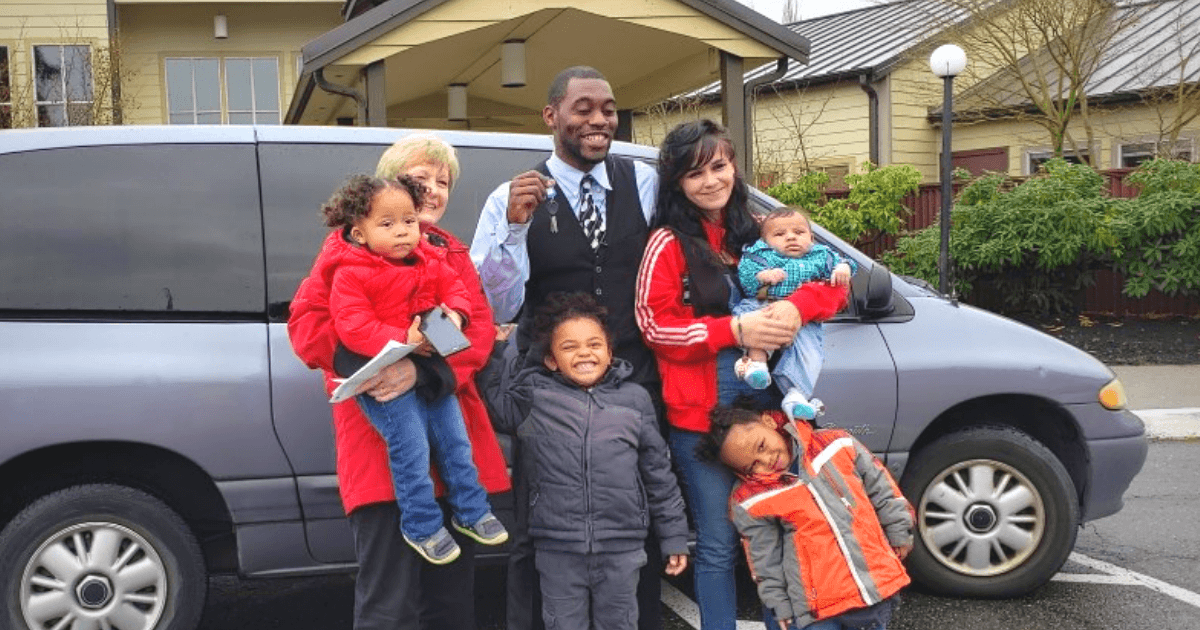 A couple of weeks ago, a generous donor from the Marysville United Methodist Church notified the Interfaith Family Shelter of a van they wanted to donate to a family. Immediately, everyone from the Shelter and Marysville United Methodist agreed that the family whose story is featured in Interfaith’s music video was the ideal recipient of such a donation. The family has two adults and six children, including one newborn baby. This van is a great addition to the apartment they just moved into.

“A grin was plastered on my face yesterday afternoon as several of us watched the family get dropped off in a Lyft ride and see their new van for the first time. The father shouted, ‘No more bus!’ His kids played in the front seat and honked the horn.”

The Interfaith Family Shelter is thankful for the generosity of our community partners, Marysville United Methodist, as well as the individual who formerly owned the van.

80% of our clients successfully transition from homelessness into permanent housing within 90 days.

94% of them are still housed one year later.

We have helped nearly 470 families achieve stable housing and independence since 2009.